From wood veneers to textiles and murals, wallcoverings set the stage for inspiration 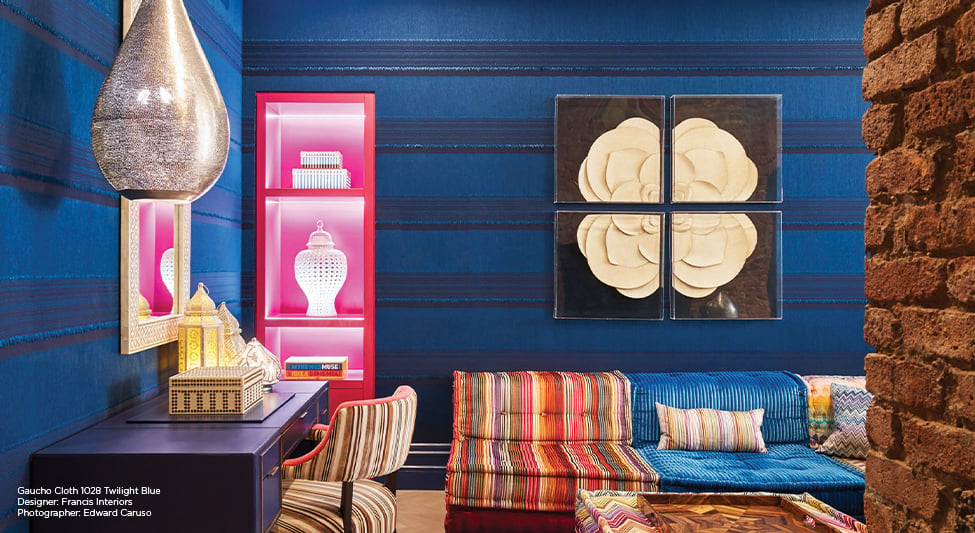 His client, a busy executive who made a bold decision to move to New York City, wanted to reimagine her new residence in a converted late 19th-century printing warehouse. In renovating an old building, designers are tasked with preserving its identity and its historic place in society—all while modernizing it to suit the tastes of 21st-century homebuyers.

“The architectural and decorative lighting design, custom millwork and bespoke furnishings and finishes tell a unique story of my client’s journey from San Francisco to New York,” says Francis.

From wood veneers to textiles and murals, wallcoverings set the stage for inspiration.

Before and after living room photos. The perfect choice for this space is a geometric theme such as Fretwork.

GIVE A REASON WHY IT'S THE PERFECT CHOICE IF YOU CAN. 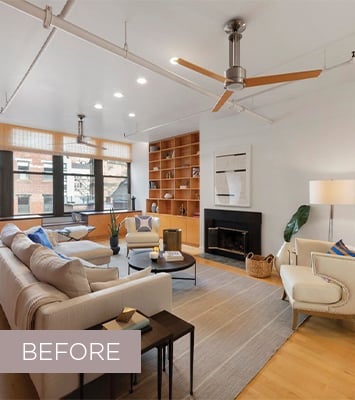 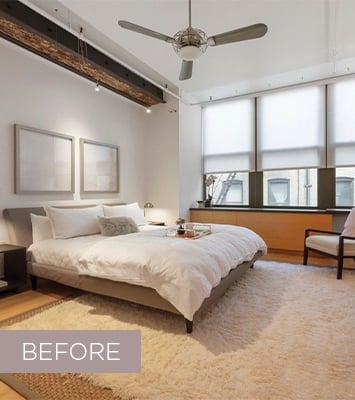 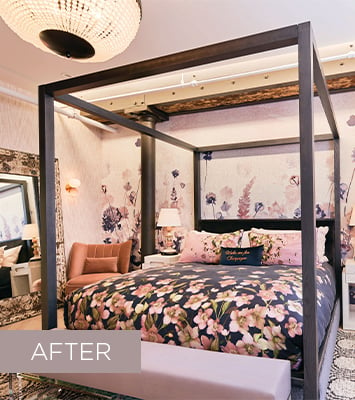 And finally, the den below as a before and after. In this space, Francis was hoping to find a wallcovering that felt like upholstery to make the room feel cozy. To give the room horizontal perspective, he was looking for a stripe that would work with the built-in bookcases. When he saw Gaucho Cloth in the teal colorway, he screamed. 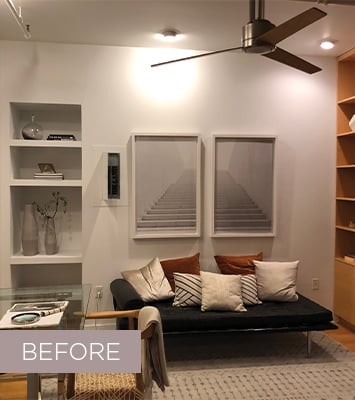 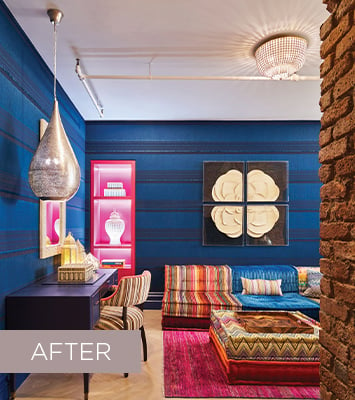 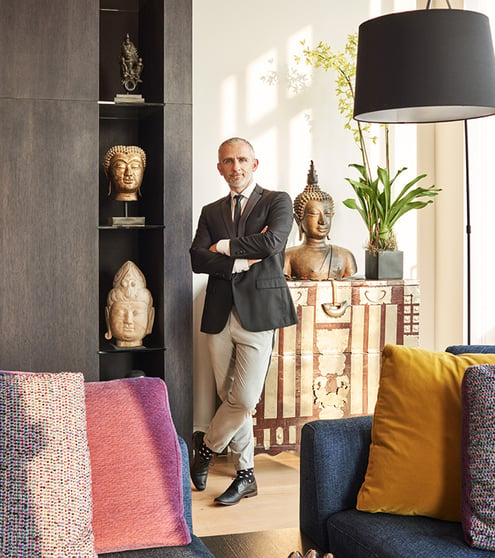 Long before appearing on HGTV’s hit show, Brother vs. Brother, before The Rachael Ray Show, before The Nate Berkus Show, and before Francis Interiors, Francis shared his talents as an acclaimed ballet dancer from Athens, Greece, bringing his panache and elegance to the world’s stages, including New York’s Great White Way.

Leveraging the foundation of his artistic journey, Francis combines an innate understanding for space, light, form, and balance with his expertise and knowledge in construction and renovations to flourish as an established interior designer. Today, Francis resides in Hell’s Kitchen, in his very own Francis Interiors-designed home. “It’s my little universe in the center of the universe,” he says. “It needed to feel like a home, just like what I create for my clients.”

With a natural eye for design — and by successfully leveraging his background in dance and the arts — Francis Toumbakaris has crafted Francis Interiors into one of the leading Interior Design studios in New York City. Fluid aesthetics, creative problem solving, and the added benefit of a contracting team under the same roof, help Francis Interiors not only stand out, but elevate the company to “must-have” status among the elite addresses of Manhattan. 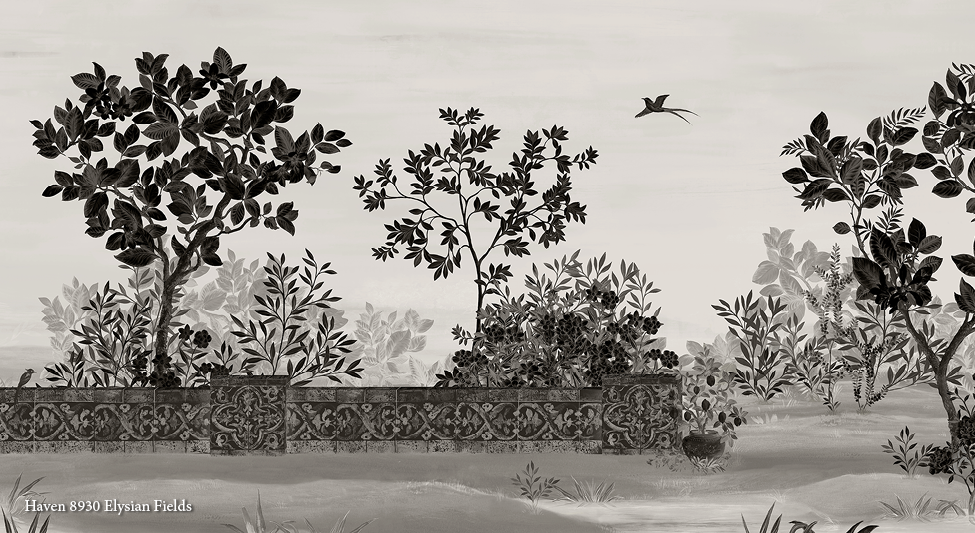 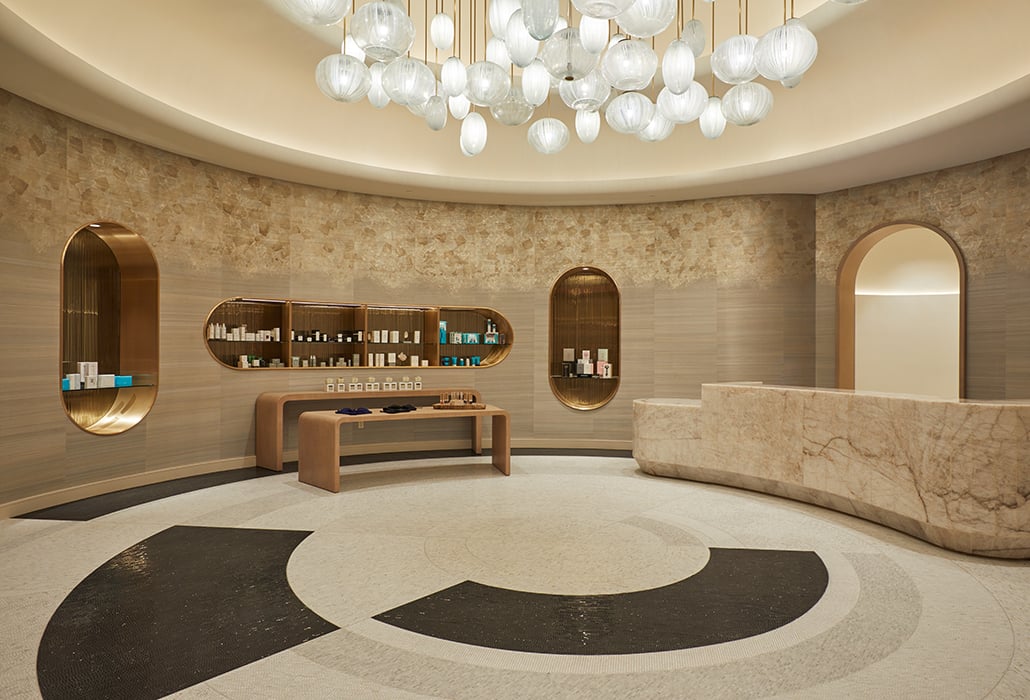 Inside The Spa Where Rodrigo Vargas Created An Award-Winning Design

7 Ways To Use Phillip Jeffries Wallcovering In Your Home Office